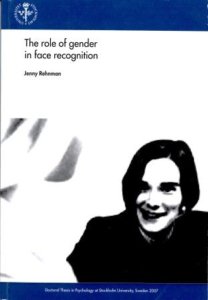 Faces constitute one of the most important stimuli for humans. Studies show that women recognize more faces than men, and that females are particularly able to recognize female faces, thus exhibiting an own-sex bias. In the present thesis, three empirical studies investigated the generality of sex differences in face recognition and the female own-sex bias. Study I explored men’s and women’s face recognition performance for Bangladeshi and Swedish female and male faces of adults and children. Result showed sex differences, favoring women, for all face categories. Study II assessed boys’ and girls’ ability to recognize female and male faces from two age- and ethnic groups. The result demonstrated that girls recognize more faces than boys do, but that no sex differences were present for Swedish male faces. The results from Study I and II consistently demonstrate that females show reliable own-sex biases independent of whether the female faces were young, old, or of Bangladeshi or Swedish origin. In an attempt to explain the mechanisms of sex differences in face recognition and the female own-sex bias, Study III investigated men’s and women’s recognition performance for androgynous faces, either labeled “men”, “women”, or “faces”. The result showed that women told to remember “women” recognized more faces than women told to remember faces labeled “men” or “faces”, and that sex differences were present for androgynous faces, regardless of the label. Based on these findings, it is suggested that females’ attention is in particular directed towards other females, resulting in an own-sex bias. It is also suggested that there may be a difference in females’ and males’ orientation toward other individuals. This difference can have a biological base, which together with socialization may result in sex differences in face recognition.