We proudly present and congratulate Kristina Johnell and Chengxuan Qiu for being awarded grants from the Swedish Research Council. See below descriptions of the projects:

Kristina Johnell: Optimizing drug treatment in old age: a novel translational research project
A major challenge in health care is the lack of knowledge about harmful effects of multiple (i.e. polypharmacy) and inappropriate drug treatment in old age. Randomized clinical trials typically exclude patients at advanced ages with polypharmacy and co-morbidities. Hence, there is an urgent need for evidence of the benefits and harms of drug treatment in old age to support balanced drug prescribing and to enhance patient safety.
In this translational research project, we will integrate epidemiological findings with experimental basic science to provide evidence for optimal drug treatment in old age. The findings obtained from the epidemiological part will be mimicked in experimental models to investigate biological, functional and psychological outcomes of polypharmacy and inappropriate drug use and to identify biomarkers for adverse effects of drugs in old age. A special focus will be on dementia, because these patients suffer from an increased risk of adverse drug reactions.
The ultimate goal of this project is to contribute to improved health and well-being of older people who receive multiple medications. To our knowledge, we are the first to approach the challenges of drug treatment in old age with the proposed translational design. We anticipate that our findings will be directly applicable to clinical guidelines. 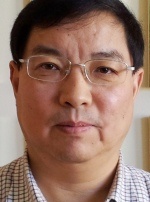 Chengxuan Qiu: The role of cerebral small vessel disease in cognitive aging
In the last decade, evidence has been accumulating that cardiovascular risk factors (e.g., smoking, hypertension, and diabetes) are associated with cognitive impairment and dementia, yet the pathophysiological mechanisms are poorly understood. It has been hypothesized that cardiovascular risk factors contribute to cognitive deterioration and dementia through their impacts on cerebral small blood vessels. We have a unique opportunity to test this hypothesis by using data from two large-scale, longitudinal population-based, multidisciplinary imaging studies of older adults living in central Stockholm, Sweden and in Reykjavik, Iceland. In both studies, epidemiological, clinical, psychological, genetic, and brain imaging data were available.
This project will help to advance our understanding of the etiological role of cerebral small vessel disease in cognitive disorders in old age. Findings from this project will facilitate the development of preventive and therapeutic intervention approaches that will eventually lead to delayed onset of cognitive impairment and dementia. This is particularly relevant given that dementia, as a major public health concern in the aging society, significantly decreases quality of life and increases social care costs, whereas there is currently no cure for the dementing disorder.