Grants to ARC researchers from the Swedish Research Council (VR)

We proudly present and congratulate ARC researchers on being awarded grants from the Swedish Research Council (VR). See below descriptions of the projects: 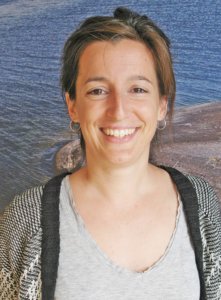 Amaia Calderon Larrañaga: Phenotypes of healthier aging: the role of environmental, behavioural and biological factors on health trajectories
Biological changes that lead to aging are neither linear nor consistent and their association with chronological age is weak. Older people follow different health trajectories over time, hence aging phenotypes should be viewed as a continuum in which different phases can only be traced longitudinally.
Our goal is to inform preventive strategies to promote healthier aging by: 1) identifying trajectories of multimorbidity, frailty and disability in the older population; 2) studying multidimensional health trajectories as the synergistic combination of these three health dimensions; 3) examining how environmental, behavioural and biological factors relate to such trajectories; and 4) exploring how these trajectories change when time-varying factors are considered.
By analysing aging trajectories charted by a series of transitions, we will obtain a more complete understanding of the level, velocity, and acceleration associated to health deterioration. Moreover, the integrated study of multimorbidity, frailty and disability will enable considering health-related attributes that reflect people’s capacity to do what they have reason to value. Last, by examining the interplay among different environmental, behavioural and biological determinants, it will be possible to explore potential cumulative and/or interactive effects that underlie differences in long-term aging phenotypes.
Eventually, the proposed research will guide future person-centered interventions to reduce the societal burden of ill health in older people.

Laura Fratiglioni: Not all older adults develop dementia: exploring underlying compensatory mechanisms related to healthy brain aging
In this multidisciplinary research project, we seek to identify possible preventive pathways for a healthier brain aging. We hypothesize that high brain reserve accumulated via healthy behaviors over the lifetime reduces the risk of cognitive decline and dementia by acting through metabolic and inflammatory pathways, independently of genetic susceptibility and vascular and amyloid burden.
In this 5-year project, we will 1) estimate cognitive variability in people with different amyloid deposition and vascular burden in the brain as detected by amyloid-PET and structural MRI; 2) explore whether behaviors may modify the relationship of genetic and cardiovascular risk factors with brain lesions and incident dementia, and verify the possible role of inflammation and oxidative stress; and 3) examine whether brain reserve-related factors modify the course of dementia and its progression.
This project is scientifically and clinically relevant and has an important potential for impact on public health. Preventive strategies based on our findings can be easily implemented to reduce the individual and societal burden of some of the most devastating disorders currently faced by older adults. This will provide an important step toward understanding dementias and identifying ways to postpone their occurrence.

Evidence shows that the relatively healthy period after retirement, the so-called “third age”, lasts longer than it did a few decades ago. Yet, it remains unclear whether this also involves a shorter “fourth age”—the period before death with poor health and dependence on long-term care (LTC).
The project examines whether this last stage in life has been compressed to a shorter time or whether it has expanded, as more recent cohorts survive longer despite health problems.
We use two approaches to approximate the fourth age:

Results will contribute to our understanding of aging processes in the course of human life span. Findings will have important implications for estimations of future care needs, and for the structure and organization of care services.