ARC > About us > Staff > Claudio Brozzoli

We are located on floors 9 and 10 in Widerströmska huset at Tomtebodavägen 18A, SE-171 65 Solna, Sweden.

Metro
Take the metro to the stop S:t Eriksplan or Odenplan. From there you reach us by bus or a 15-20 min walk. 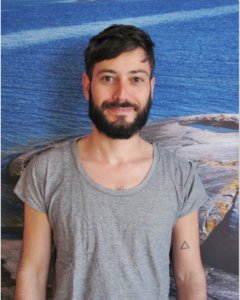 Claudio Brozzoli is a researcher at Lyon Neuroscience Research Center, France. Claudio previously worked as an assistant professor in Martin Lövdén’s team at the Aging Research Center. His area of research is the mechanisms of plasticity in the adult brain; specifically, the structural and functional brain changes induced by motor and cognitive training. He employs structural and functional magnetic resonance imaging (MRI) and brain stimulation (Transcranial Magnetic Stimulation/tDCS).

Claudio graduated from the University of Bologna, where he studied neuropsychological models in particular syndromes following brain damage to parietal areas (sensory extinction and neglect) to investigate the multisensory representation of the space near the body (peripersonal space). He obtained his PhD at the Université Claude Bernard in Lyon, France, where he studied the dynamic properties of space and body representations used in performing action. He continued his postdoctoral research in Stockholm at the Department of Neuroscience (Karolinska Institutet), studying the physiological underpinnings of the multisensory representation of the space around the hand in humans. As a Marie Curie Intraeuropean Fellowship awardee, he used neuroimaging and neuronavigated brain interference techniques (TMS) to investigate how multisensory information is used to generate a plastic representation of body position and sense of ownership of the hands.

Brozzoli C, Gentile G, Bergouignan L, Ehrsson HH. A shared representation of the space near oneself and others in the human premotor cortex. Curr Biol. 2013 Sep 3;23(18):1764-8.